Three Simple Rules to Help Understand how Life Works, and 1 Conversation to Stimulate Your Child’s Imagination and Potential

Three Simple Rules to Help Understand how Life Works, and 1 Conversation to Stimulate Your Child’s Imagination and Potential

Do you live in the United States? If so, (or even if not) are you frustrated with the current national leadership, and it’s effect on our children?  Do you have children? Even if you don’t have children – do you worry about the world you are leaving to the next generation?

We live in an increasingly polarized world where for many leaders, the strength of their belief in “being right”, correlates with how much power they think they possess.  Where personal importance is owned as if it were a better substitute than True Wealth.  Wisdom, of thought, and of deed, have a funny way of remaining the same – year after year, decade after decade, lifetime after lifetime.

Time after time, actions and leadership based on pride of ownership, ego, and hoarding, leadership focused on using force and threat – instead of genuine power from within, has shown itself to be shortsighted, and ultimately destructive to the people, families, and societies it effects.  Whether you are willing or able to confront it or not… we are living in a time where we must think both short term and long term in order to even survive as a species on this biosphere.

Mother Nature is turning up the heat – literally and figuratively – to shake us out of our collective ignorance and delusion that we could have anything less then a win-win solution for all. It is blatantly clear that our choices as a species on this planet comes down to two:

Have no doubt that the Earth will go on – the question is whether we will have earned the right to be on it.

August 2nd was Earth Overshoot Day… The day which – we will have used up the allowance of natural resources more than the Earth can produce in a year.  Everything we as humankind will produce and consume from now until the New Year’s ball drops on December 31, 2017, is unsustainable consumption that our Planet cannot and will not be able to sustain or tolerate.

I just finished watching one of the most profound conversations hosted by ExperienceTribe.com that I have heard on this topic, to create an empowering framework for how to approach these problems are bigger than any one of us.  This conversation that included two of my friends that I hold in high regard – Daniel Schmachtenberger (co-founder of the Neurohacker collective) and Andrew Hewitt (co-founder of Game Changers 500) both brilliant men and accomplished entrepreneurs in the their own right.  I highly recommend you watch the entire talk,

I’m including these concepts below as part of this article, to help you start to wrap your mind around how to even consider accurately thinking about a massive challenges that we face on humans on the planet, and give a simple start, to help us and our children better understand the way forward.  Then later I will share what I feel is an essential component to our success.

Daniel shared a brilliant distinction between simple, complicated, and complex systems, which helps to clarify the terms so we can start to get a grasp on the dynamics at play, before we simplify one way of looking at them.

(Summarizing in my own words)

Simple systems: Where the inputs and the outputs, and the variables of the system a relatively clear, like either a pendulum, or a tic-tac-toe game. One that a child can easily understand.

Complicated systems: these are systems that humans are very good at building, and with competent teams, are able to manage: like designing an aircraft manufacturing process and system, or a highway system. These depend upon specific inputs, and produce multiple outputs. The problem is, that these systems are fragile they can be disrupted easily.

Complex systems: these are systems where the causality is difficult to determine. and these complex systems are actually that which are the most valuable to us: like the human body, for the environment for the biosphere of the earth, or animal or human behavior. These systems are unique in the fact that they are self organizing. For example the human eye – solves multiple problems simultaneously, is self-generating (grows itself), and is self healing!

The challenge is that complicated systems (the ones that we are good at designing, creating and maintaining) have been creating profound and potentially irreversible effects on the complex systems that are the most important to us, including the health of our bodies, the air we breathe, the water we drink, and many others.

As is shared in the conversation further, there are two other complimentary concepts associated with complexity: simplicity, and clarity.  Doesn’t it seem like in many cases, the best solutions are those that are most simple, and clear?  Imagine biological swarms of fish – birds – and insects, or even people… as complex as these can seem, generally follow just three simple rules?

I believe that kids that are coming into this planet at this time know on a deep intuitive level that the solutions to problems we face lie in whole systems thinking.

Even as soon as 5 to 10 years, based on the trends, that exist like the Internet of Things, we will see new technological innovations, where the technology we create will act more and more like natural systems… for example distributed apps (or DApps) on the blockchain, or swarms of drones that communicate and collaborate with each other to accomplish an objective, to flying or and automated cars, These types of technologies will seem natural and normal to the current generation – and not just because they’ve grown up with them – but because these technologies more and more will mirror the self-organizing principles of the natural world.

So when your children have questions about how things are the way they are, in the context of either society, money, environment, or broadly systems that are presently not really working for people… When they ask “Why isn’t it easier?” “Why isn’t it simpler?”  I invite you to consider responding, and having a conversation that I hope will stimulate your child’s imagination and potential, in the following way:

“I know what you mean – a lot of systems that humans have created and use are really complicated, and most systems work well for some people – but don’t work well for others.”

“Instead, the systems that nature creates are amazing, but paradoxically very simple…”

“Imagine a flock of birds or school of fish – you’ve seen those – right?”

“They seem pretty complex right? There’s a lot of things going on, would you agree?”

“But since this is nature – the underlying rules are actually very simple… would you like to know the three basic rules that animals use to self organize?”

(If they respond yes)

Rule 1: Move in the same direction

Rule 3: Avoid bumping into each other”

Let that sink in a bit for them…

Then give them space to consider, ponder – don’t ask them to “do” anything about it,

but trust the right seeds have been planted…

May the above examples in conversation serve to ignite their imagination, and inspire them to think big, reach their fullest potential, and collaborate to help the human species not just survive, but thrive beyond our wildest imagination, and make you a very proud parent in the process.

Please share the results of this conversation (or one like it) that you had in the comments below! I will be happy to celebrate your success with you.

If you are a parent, and you would be interested in learning more about who your child is on a soul level, so that you can steward and guide them in the best way possible, I can help.

Please e-mail me at mathias@mathias.com

With “INSPIRE POTENTIAL” somewhere in the subject line, and I will get right back to you.

If you’re interested in exploring the principles of Leading with Confident Vulnerability, check out the interview I shared with Ashley Lee and “The Center for Conscious Kids” below. You can also go to Mathias.com and enter your name and email, as a next step. 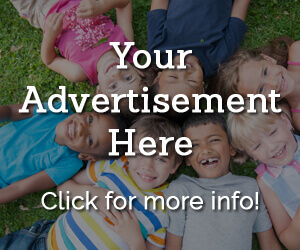