This listing is being maintained by its rightful owner.

Paul Luftenegger Is Acclaimed Worldwide for writing and singing conscious music to inspire and promote global love and kindness within.

His masterworks and musical talents have been selected and shared at lifetime milestones for leaders in the wellness and spirituality industries for iconic souls like Louise Hay – where Paul’s music was used to honor Louise at her 90th Birthday Celebration in front of a live audience of 2000 people live-streamed around the world. Paul’s work is limitless in its reach promoting and inspiring loving peaceful space with a strong emphasis on self-love and self-worth.

Paul’s most recent album is his 6th body of work titled, Faith.
‘Faith’ was funded by Paul’s fans from all around the world – recorded in July 2017 in Toronto, Ontario Canada produced by award-winning producers – Arun Chaturvedi and Luke McMaster. Faith consists of 13 positive loving tracks to inspire global love and kindness from within – releasing worldwide on September 22nd, 2017 in over 200 countries.

Paul is an Ascension Guide, Ascension Master Spiritual Coach (nondenominational), working with “The Diamond Light Council” of Angels, ArchAngels, Ascended Masters, and Saints of Divine Love. Paul is an Alchemist of Divine Omnipresent Love working with/through Sound and Vibrational Consciousness. His focus is on the “Lightbody” (Chakras) and uses positive kind loving conscious music to help Souls remember that the Heart and Soul must be the focus of one’s life to aid the enlightenment process guiding beings to always remember that life is experienced on the inside. Paul works for and with God’s Divine Love answering the call to serve by helping the world with/through God/Source and always amplifying the “Love Expanding Love” principle that Paul created from his visions.

Paul is often asked to keynote – speaking at events such as spiritual centers, worldwide online radio shows, as well as sharing his music and message of “Love Expanding Love” with students in schools as young as 6 years old.

Email Paul at seedsofpeace2019@yahoo.com to purchase your personally signed CD’s for you, your Family and Friends, giving the Gift of Meditation and Inner Peace! 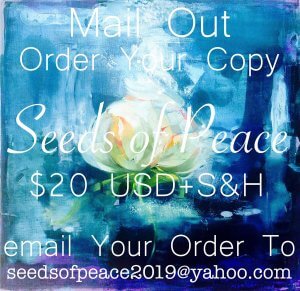 Paul’s music has been requested for a contract by FOX TV, Dick Clark Productions, 19 Entertainment, So You Think You Can Dance as well as shared through worldwide radio platforms like, “Hay House Radio” etc.

(Clicking on the Album will bring to the Purchasing links)

I Believe In You
North Star
Silent Night
Imagine

Paul is an International (Canadian) Multi Award Winning Singer/Songwriter Inspiring and Promoting Global Love & Kindness Through a Complex Portfolio of Positive Conscious Songs. He is Proudly an Unsigned Independent Professionally Trained Musician Owning 100% of His Catalogue of Master Works.

Dr. Christiane Northrup – who has been featured on The Oprah Winfrey Show, The Today Show, NBC Nightly News, The View, Rachael Ray, Good Morning America, 20/20, and The Dr. Oz Show
Quote: “Paul Luftnegger’s music and voice go straight to the heart. He is a combination of soulful innocence and extraordinary musical ability with a great sense of humor. Paul appeared live on my internet radio show Flourish www.hayhouseradio.com to lift the hearts of people all over the planet.”

NY Times Best Selling Author Esther Hicks Contributor To The Book/Movie ‘THE SECRET’:
“Sitting Here With Happy Tears Flowing as I Listen to Your Beautiful Music.”

NY Times Best Selling Author Anita Moorjani:
“I Love Your Music! I Bought All The Albums and Listen To Them Over and Over Again! Thank You For Sharing Your Music With The World!”

“Love Expanding Love” © 2014 – Dedicated to Oprah Winfrey and The OWN Television Network as a way of saying “Thank You” for helping Paul to heal after his Father’s tragic suicide in 2011.

Book Paul Luftenegger To Speak or Sing or Both!
Inquire within at:  info@paulluftenegger.com

Episode 126 – Awaken with Music is now available at the following links: